THE COUNCIL OF EUROPE 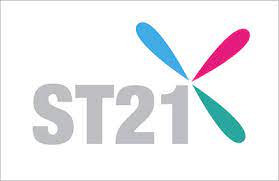 Council of Europe action in the field of cultural heritage targets promoting diversity and dialogue through access to heritage to foster a sense of identity, collective memory and mutual understanding within and between communities.

The European ministers responsible for cultural heritage from the 50 States Parties to the European Cultural Convention met in Namur (Belgium) on 23-24 April 2015 for their 6th Conference entitled “Cultural heritage in the 21st century for living better together. Towards a common strategy for Europe”. The Conference was held in the framework of the Belgian Chairmanship of the Committee of Ministers of the Council of Europe and concluded with the adoption of the Namur Declaration to define the objectives for a European Heritage Strategy.

This “Strategy 21” redefines the place and role of cultural heritage in Europe and provides guidelines to promote good governance and participation in heritage identification and management, and disseminates innovative approaches to improving the environment and quality of life of European citizens. It sets challenges, recommends actions and highlights best practice to be followed by all actors and stakeholders – governments, local authorities, civil society and professionals. Strategy 21 is based upon and comes in support of existing Council of Europe conventions in the field of heritage, in particular the Faro Convention on the Value of Cultural Heritage for Society.

The drafting process for the Strategy took place under the supervision of the Steering Committee for Culture, Heritage and Landscape (CDCPP) through a team of heritage experts, the Parliamentary Assembly of the Council of Europe and observers to the Committee, including Aisbl Herein, Europae Archaeologiae Consilium, European Association of Archaeologists, European Council of Spatial Planners ECTP, ENCATC - European Network on Cultural Policy and Management, Europa Nostra, International Association Rurality-Environment-Development, and the International Federation of Landscape Architects. At the five meetings held from December 2015 to May 2016, the experts discussed the three components of the Strategy (social, economic and territorial development, knowledge and education components) and drew up a draft Strategy.

Following the meeting of the CDCPP on 13-15 June 2016, a revised draft was prepared and sent to the Committee of Ministers for adoption. Mr Maxime Prévot, Minister of Public Works, Health, Welfare and Heritage of the government of Wallonia, participated in the CDCPP meeting, and expressed his support and gratitude to the Committee for having translated the principles contained in the Declaration into a fully-fledged Strategy.

At their 1278th meeting on 22 February 2017, the Ministers' Deputies adopted Recommendation CM/Rec(2017)1 to member States on the European Cultural Heritage Strategy for the 21st century.

Strategy 21 was launched in Limassol, Cyprus on 6 and 7 April 2017. Participants included senior policy makers and relevant stakeholders in member States. The Strategy was presented on the first day by some of the experts who took part in its drafting, and complemented by illustrative practical examples from different European countries. The second day was dedicated to visiting heritage projects in the Omodos area to appraise their implementation of the Strategy.